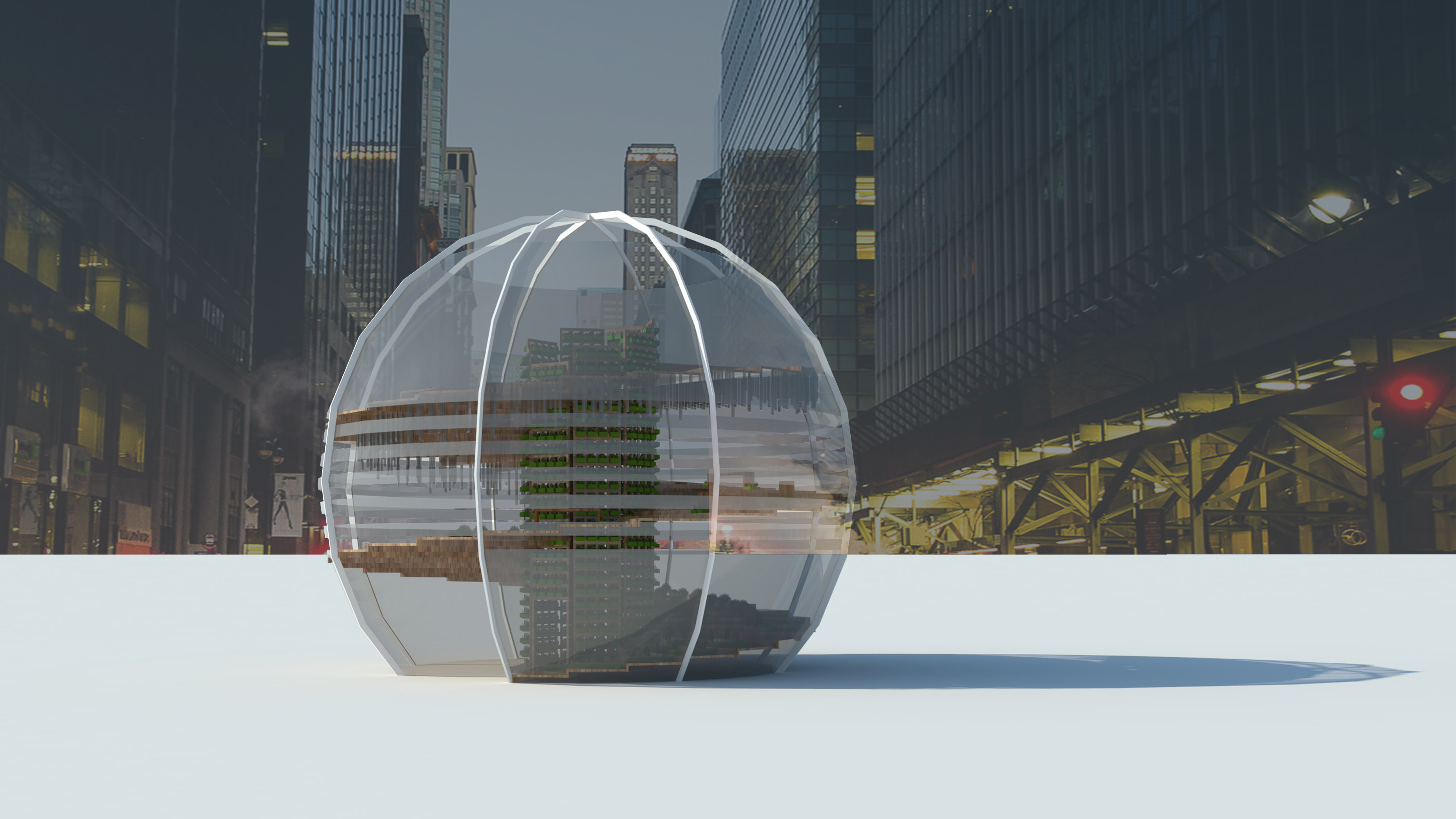 In order to explore how citizens could live with the nature without nature, we designed InForest, a spherical, urban public breathing space that enable people to interact with plants just like in the disappeared forest.

Mom, what is the FOREST?
Forest is a place where you can feel it in the InForest.

An urban interactive experiential system, it was designed to trigger conversation about how to live with the nature in our city, and arousing urban people the sensation of the forest, while human are used to live with ubiquitous screen-based interaction.

Inspired by the vertical structure of the forest which contributes to people’ s multi-layer sensory experience, we designed, prototyped, tested and launched the InForest. In this scenario, my goal is to reflect on the role interactive plants can play for and with us.

Dream of Forest
Imagine you were leisurely sauntering in a forest, taking in all the sights, sounds and smells of nature. How is it like when you get tired of city’s noise?

The concept of InForest originated to produce an interactive experiential system arousing urban people the sensation of the forest. Our work started with analysing the vertical structure of the forest which contributes to people’ s multi-layer sensory experience in the forest. Then we abstracted specific sounds from each layer for the following design.

InForest is an urban interactive public breathing space where people participation is key. Our work taps into some of the most basic human instincts, to play and explore. It also generates talk value through a shared experience. 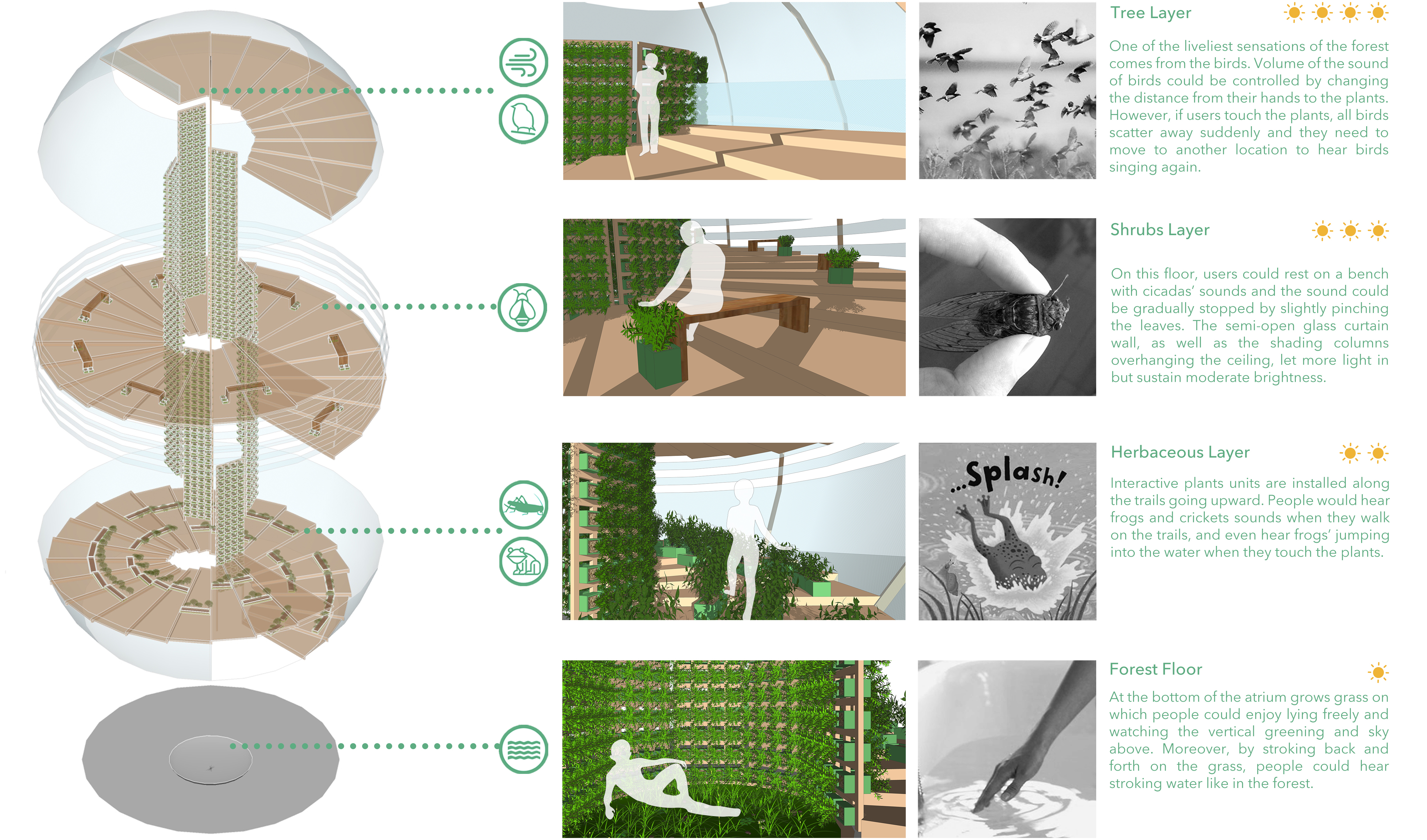 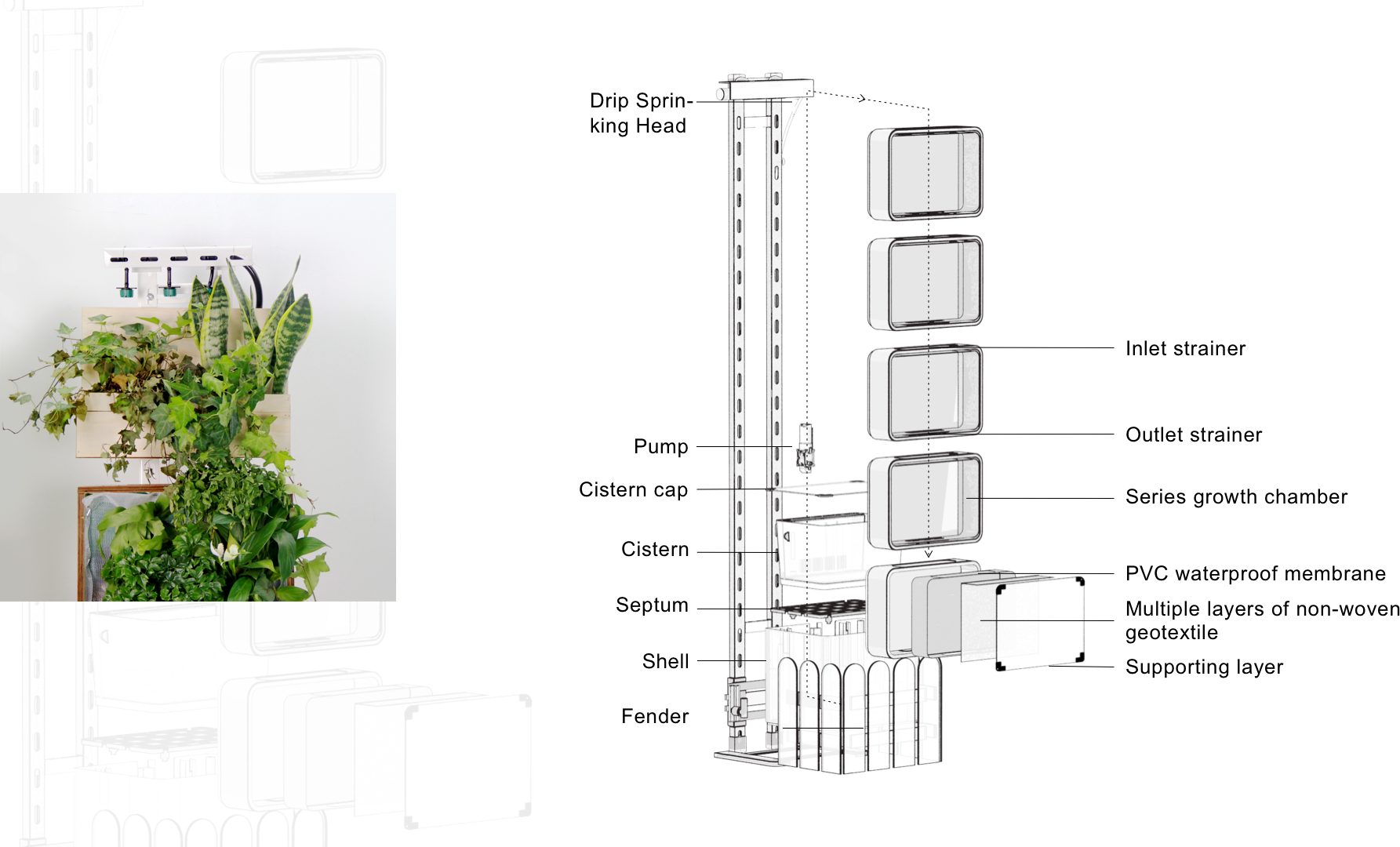 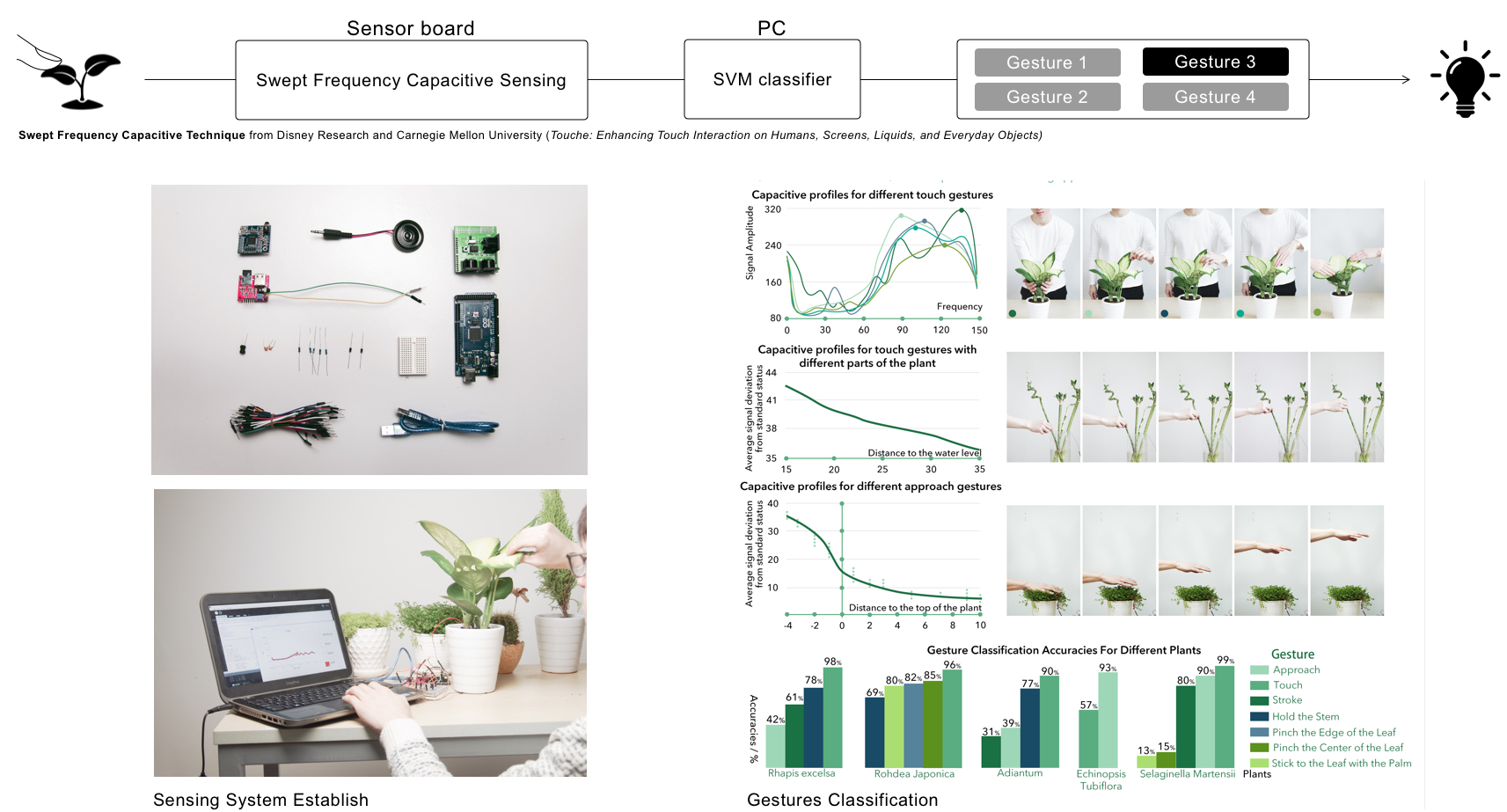